ICD-10 & Meaningful Use: 2015 and Healthcare Efficiency in EMR Use

ICD-10 has been in the news...alot. Whether you like it or not, ICD-10 is going to be shaking things up. So, it is better to get on board now, before it is complicated and costly to do so at a later date.

The American Medical Association published a list of the top 10 issues for physicians to watch in 2015, and ICD-10 implementation and meaningful use are part of this list.

The AMA list examines the large amount of regulatory requirements, and this list explains that these regulatory requirements can take away from what is most important to most physicians...treating the patient. According to the AMA research, in order to advance health IT, many are asking for some relief when it comes to government mandates. While improving efficiency can be a result of switching to electronic medical records (EMR), the heachaches and hassles that many physicians are facing relate to government regulation and lack of time in effectively treating the patient while also switching to EMR. On the AMA list, meaningful use is focused on and the need for improvement is highlighted, according to FierceHealthcareIT. 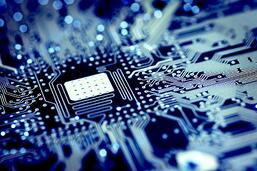 Meaningful Use has been criticized as being too broad and its one-size-fits-all nature has been called incomplete. Sustainability of practices is of great concern to physicians today, so these issues and complaints noted in the AMA list need to be addressed in order to allow for the efficency that improved documentation can provide. Medical scribes can assist in the shift to electronic medical records (EMR) and can stay on as continued providers of efficient documentation of patient records. Using a medical scribe can take away the obstacles that many physicians face in treating the patient while also using EMR technology. Healthcare efficiency is an important topic in today's world, and while the technology can be helpful in documenting patient records and staying organized, using the technology can be time consuming without the assistance of scribes.

According to the article, the AMA has pushed for end-to-end ICD-10 testing, which the Centers for Medicare & Medicaid Services announced would take place from Jan. 26-30, April 26-May 1, and July 20-24. Also, the article notes that many are starting to make the shift to ICD-10, citing figures by CMS, which revealed that acceptance rates during the November ICD-10 acknowledgement testing week improved to 87 percent.