Most are mum about plans as deadline draws near
September 1, 2015 | By Dina Overland 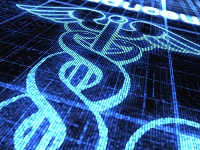 As the Oct. 1 ICD-10 deadline inches closer, many insurers haven't announced whether they have implemented accommodation periods--when they will pay claims that aren't coded correctly as long as they're in the right family of codes, reports Health Data Management.

After Health Data Management contacted seven national insurers, as well as the Blue Cross and Blue Shield Association and America's Health Insurance Plans to learn about their ICD-10 contingency plans, only Humana, Aetna and AHIP responded and none actually addressed whether they had accommodation periods prepared.

Medicare said in July that it reached an agreement with the American Medical Association that it won't deny or audit claims based solely on the specificity of diagnosis codes for the first year after ICD-10 use, FierceHealthIT previously reported.

Although private insurers aren't announcing their ICD-10 contingency plans, they're likely still planning to offer some similar concessions to providers. But they don't want make these plans public so providers and vendors continue working to prepare for the ICD-10 compliance date, Pat Kennedy, president of PJ Consulting Inc., which specializes in electronic data interchange and insurers, told HDM.

Kennedy said he expects insurers to announce their accommodation periods within the next month. Part of the concessions they will offer will likely include extra staff to help make the transition to ICD-10 smooth.

He added that large insurers will probably be working hard to accommodate providers for at least six months.

"This is a tough one, tougher than anything we've ever had to do, and the payers and vendors know that," Kennedy said.